When you’re competing, anything to improve athletic performance makes all the difference. Here at Innate Life Chiropractic, we frequently see people with injuries that include a loss of strength, reduction in range of motion, as well as tingling toes, fingers and limbs. Frequently, after a course of our chiropractic care, our patients report the following,

For example, in 2006, an important study was published in the Journal of Manipulative and Physiological Therapeutics. The purpose of the study was to investigate the effect(s) of chiropractic adjustments on the time of movement, using a mathematical model called ‘Fitt’s Law’.

Fitts’s law is a predictive model of human movement that is primarily used in ergonomics, and interactions between humans and computers. It is used to model the act of pointing. Pointing to an object on a computer screen with a device, (a mouse, stylus, etc), or by physically touching an object with a finger. Using Fitts’s law, the time required to move to a target can be predicted using a function of the ratio between distance to target, and the width of the target.

Using a randomized, prospective, and controlled trial, ten patients participated from a private chiropractic practice. The participants in the treatment group received high-velocity, low-amplitude chiropractic adjustments to areas of joints that were previously reported as dysfunctional. Participants in the non-interventional group were used as a control to monitor improvements that resulted from the effects of time and practice.

The length of time for the participants to move a cursor onto a target on a computer monitor was measured, and a range of target widths and distances provided a variable index of difficulty.

Clearly, the treatment group demonstrated a significant improvement in performance with the chiropractic care over the control group. The results of this study demonstrates that spinal adjustments may influence human performance.

WHAT DOES THIS MEAN?

Chiropractic care may help athletes push their personal bests, or help academics achieve higher levels than they already have. Our observations here in practice, and the body of research, suggest that chiropractic can have positive impacts for human performance.

Both of these have potential to impact physical and athletic disciplines. The possibility of increasing force of muscle contractions would certainly improve athletic performance.

Slowly but surely, we are learning more and more about how the brain controls the muscles and the mechanisms behind why chiropractic care is effective. There is always more to learn, but we definitely observe that when our patients get adjusted, both the structure and the function of the brain are changing.

We now understand if we are able to increase brain signals,  through chiropractic adjustments, we can increase the signals’ speed. The adjustment also seeks to remove distortion, which can mean less fatigue and more strength.

At Innate Life Chiropractic, we provide gentle chiropractic care to help you heal, grow, and thrive. It would be our honor to give you the opportunity to improve your athletic performance.

Request a free consult. You have nothing to lose and everything to gain. 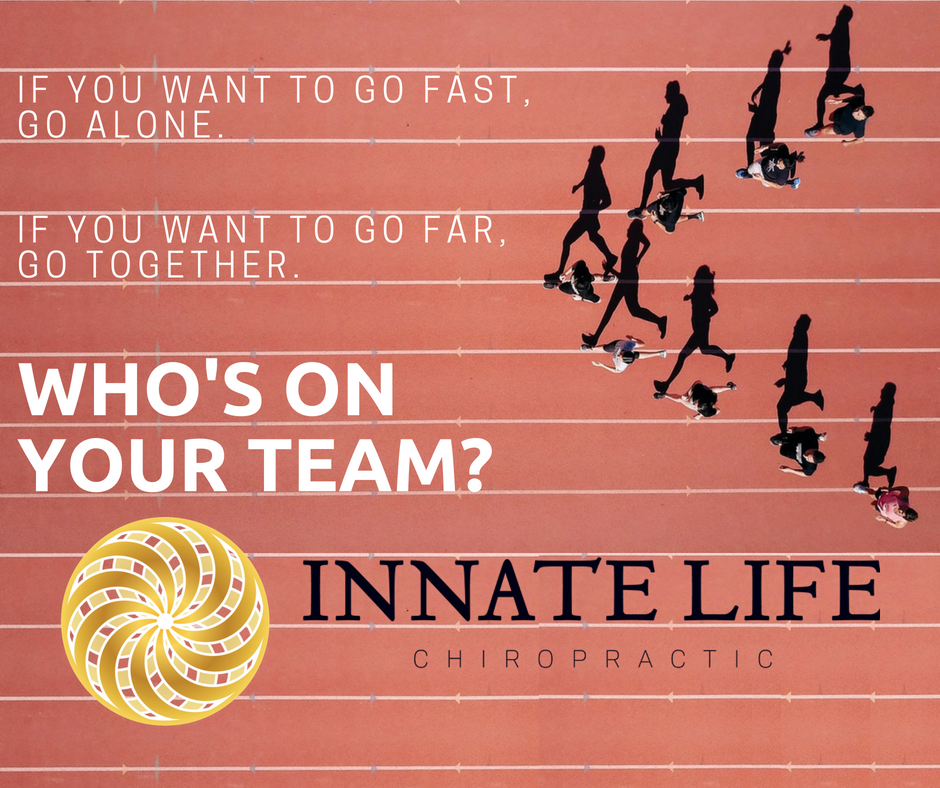